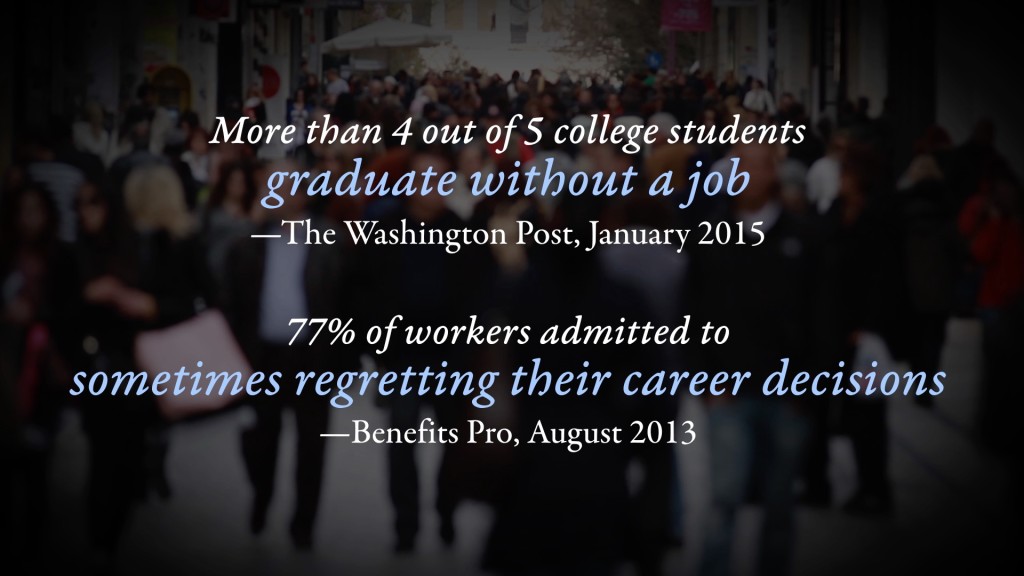 Only 36% of undergraduates chose a major that fits their interests.
U.S. News & World Report, November 2013

More than 4 out of 5 college students graduate without a job
The Washington Post, January 2015

The national average of students per counselor: 477:1
California Department of Education. May 2015

75% of students change their major at least once before graduation. 20-50% of students enter college as “undecided”
The Mentor: An Academic Advising Journal, June 2013

Since 1978, college tuition and fees have increased by a whopping 1,120%. During that same period, the price of food has increased 244% and medical expenses 601%. In fact, tuition prices have gone up four times faster than the consumer price index, according to a report by Bloomberg.
USA Today, November 2014

According to data from the Labor Department, the price index for college tuition grew by nearly 80 percent between August 2003 and August 2013. That is nearly twice as fast as growth in costs in medical care, another area widely recognized for fast-rising prices. It’s also more than twice as fast as the overall consumer price index during that same period. 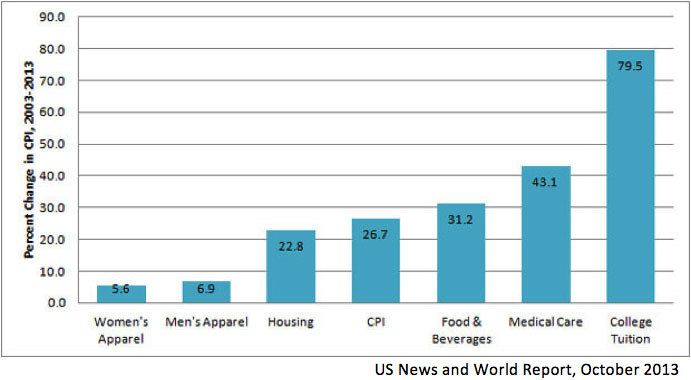