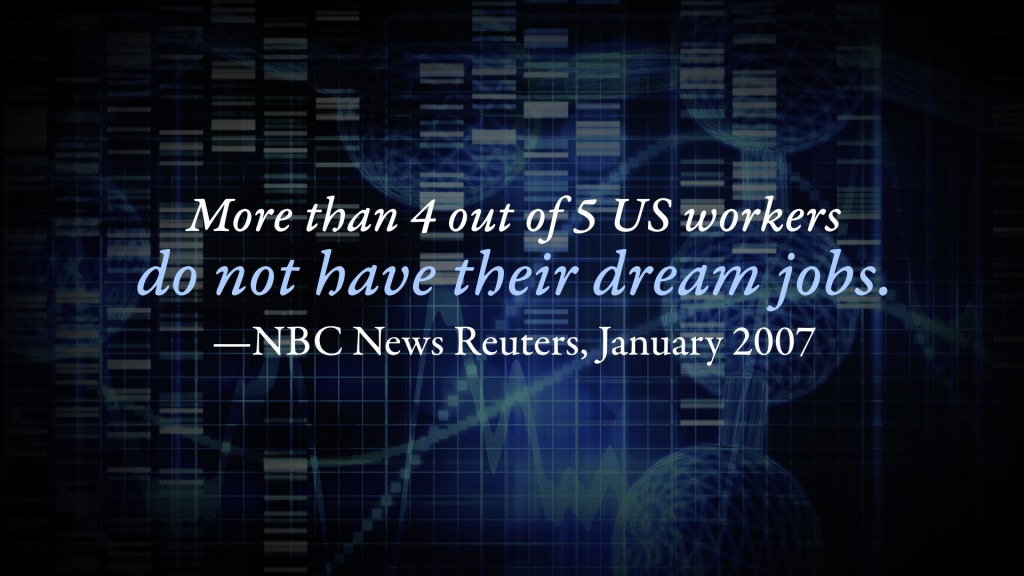 Facts for you to chew on:

Today, the average person changes jobs ten to fifteen times (with an average of 12 job changes) during his or her career, which means a good amount of time is spent changing employment.
Jobsearch.about.com October 7, 2015

-Time to find job after graduation: 3-9 months
-How many jobs average person in lifetime: 12-15
-48% of college graduates move back home after graduation
Career Statistics: MonsterTRAK

60% not satisfied with their jobs even with incentives such as profit sharing
American Journal of Management, 2015

55% of high-performing employees say they are somewhat, quite, or very likely to leave their jobs within 6 months. 30% satisfied employees in North America.
Workforce 2020: January 2015

A survey conducted by New York University’s School of Continuing and Professional Studies in 2006 showed that New York professionals — a rarefied group, admittedly, but not necessarily atypical — expected, on average, to change careers three times in their lifetimes, and only 28 percent expected lifelong careers.
The New York Times, May 2007

Officebroker.com polled 500 employees, asking them specifically whether they regretted their choice of careers and, if so, how much they regretted it.